New Rules for Smoother Online Payments in the EU

The European Union (EU) has for a long time been an amazing idea. Giving European Citizens the freedom of movement and freedom to live anywhere within the union. It has not only helped people live a more fulfilling life, it has helped economies too, giving skilled workers the advantage to be able to move freely. Allowing online businesses to grow.  But paying online within Europe has always been a slight headache. Even with online payment aggregators such as  Paypal.

Paying for something in Sterling, for example, when it is advertised in another currency has always been awkward.

Not merely because the customer has to adjust the price mentally before deciding to order or not. But also because the payment method may not be accepted in the country of origin. SEPA aims put a stop to that.

SEPA is an initiative supported by the European Commission and the European Central Bank with the single aim of facilitating smoother transactions across European borders. The aim then, of the SEPA initiative is to allow faster online payments between borders, and transparency in charging fees for such services. 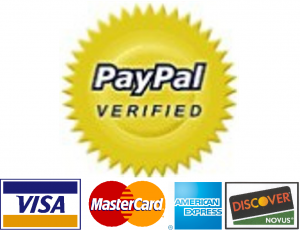 Online web shops will benefit from the SEPA initiative more than anyone else. Since customers who previously hesitated buying from a different country (and therefore currency) will be able to buy in confidence under SEPA. Even payment facilitators like Paypal will be able to offer a smoother service than they did before. Even though the majority of online web shops already use Paypal, it will be even easier for them and their customers to order under SEPA.

There are three main areas that SEPA has specifically targeted for improvement:

Customers will be allowed to use safer methods of payment and more transparent ways of handing over money. This improves not only customer confidence but also the general security of European payment systems. Even relatively secure online payment portals like Paypal will operate far better across Euro currency borders.

Banks will be able to push into new territories and win new customers. As well as improving the security and efficiency of back office procedures across their corporations.

Small business will see a dramatic improvement in cash flow and payment facilitation. Online web shops will be able, under SEPA, to make faster online payments and receive those same payments from anywhere within Europe.

The underlying feeling is that SEPA will smooth out the otherwise bumpy world of purchasing from online web shops across Europe. Which has to be good for everyone involved.